A week or so before the winter solstice, the bright sunshine lured me out for a long walk, despite the cold air. I took a trail along the edge of the water, and as I passed an alder tree growing out of the rocky bank, I spotted some small birds among the twigs on its far side. I looked through my binoculars and was thrilled to see several American Goldfinches picking the tiny seeds out of the alder cones, which were so thick on the branches that the tree was as festive as any holiday-minded person could desire, at least in my opinion. The little finches were in their winter plumage, which is a soft pale yellowy tan, with wings striped dark brown and light tan, and soft white undersides, and they were clinging on upside-down, or sideways, or whatever it took to get to the seeds, outlined by the shine of the water beyond. And as I was standing there watching them, a little kid on a little bike came riding along, followed by a watchful dad on foot. Just as the kid passed behind me, they said to their dad, “Are they watching birds or pirates?”

I just loved this! Kids and their imaginations! And who knows, I could have been watching pirates! I certainly was after that, at any rate! (Until I got distracted by a kingfisher.)

Not real pirates. If there had been real pirates, I would have run fast. Real fast. But the pirates of my imagination are not violent and ruthless and destructive. They may be wild and self-willed and uninhibited and yes, they may be a bit fierce and dangerous at times, but who hasn’t felt this would be an advantage when confronted with bureaucratic bullying or an unfair attitude or a tedious social restriction? My pirates carry flashy old-fashioned swords, and spout outrageous minced oaths, and wear flamboyant clothes. They are loud and quirky and nonconformist and sometimes even rude. They are the embodiment not of the real political and economic forces that spawn real pirates, but instead of the persistent inner quest for freedom, and self-determination, and independence, and personal authenticity, that I believe we all have at heart.

Yes, I did make the pirates in The Scarlet Tortoise Expedition a little, um, fearsome. Even a little nasty. And they do pose a threat to the non-piratical characters. But mostly they are not really like real pirates. They are something more.

And that’s why I like writing about them. I’m interested in exploring the something more, the strange things that lie beyond the realm of the ordinary. The stuff of the imagination. The place where the world opens up to the great dark mystery of all the things we don’t know. So yes, I am watching pirates. I am keeping a real close eye on them. Because who knows what they might get up to next?

Yesterday I got out my little toy fir trees, cleared a shelf on my bookcase, and set up a forest scene. I call this the Forest of Possibilities. I put a few small plastic animals among the trees as wild inhabitants, and I gave one tree a string of tiny battery-powered lights and a small white star on top, not for Christmas or any other religious holiday, but to invoke the magic of the winter solstice and the turn of the seasons back toward spring.

I did this last year, too, and it was the start of an obsession with dollies. At first it was just that I added some more animals to my forest. Then a pond made of a pocket mirror. Then it was just that I enjoyed making little trees from things I found, like the smooth green stems from some big-leaf maple prunings or the fallen twigs of white alders bearing both open brown cones and stiff green catkins. I made their foliage out of dismantled fake floral decorations or green feathers. (Note to self: Yes, it was the poisonous lichens causing those migraines! Do not use again!) Pretty soon I was looking up videos online to see how other people made realistic model trees. Then I started looking up model trees for sale, just to see what was out there, and I ran across a whole world of miniature stuff and was hooked. It quickly became apparent that whatever your dolly wanted, your dolly could have. There were miniature lanterns that really lit up. Miniature fireplaces, with little glowing fires in them. There were dollhouse potted plants, and world globes, and typewriters, and microscopes, and little jars of canned fruit. There were people making little tanks full of tropical fish, and little washtubs full of geraniums, and throwing real little ceramic crocks on real little table-top pottery wheels. I watched one video in which someone even made an actual tiny working washing machine! And at the end, they put a tiny pillowcase into it and turned it on, and sure enough, the drum rotated behind its “glass” door! Neat!

And the books! Oh, the books! Don’t get me started on miniature books! (The ones with real pages, I mean. Fake pages are just depressing.)

So of course I dragged the box of dolls out of the closet and revisited all the stuff I had when I was a kid. And I realized that I had always loved miniatures. I just hadn’t known it.

I chose a few dollies, and dressed them, and found them some toys, and some little things for their dollhouse, which (who knows?) they might have some day. I found some videos about how to repair their hair, which had gotten sadly frizzy. I really liked these videos, and I watched them even after I knew that I was not going to be messing around with the tedious job of re-hairing a doll any time soon.

I felt kind of silly about all this. Kind of self-conscious. But then someone I respect said, “Well, dollies are what you make of them, aren’t they?”

So what do I make of them? Well, they’re charming. And they’re fun. And they seem to express what I think and how I feel about things. I give them personalities that embody qualities I value, traits I admire. In their world I have agency, and whether that world is a little bed in a drawer or a small space on a bookshelf, I can give it an order, a beauty, which the real one frequently lacks. I can love my dollies, and I can love myself through them, and thereby transform my life just a little bit. Because sometimes a little bit can be real neat!

Hey, maybe dollies can save the world after all! 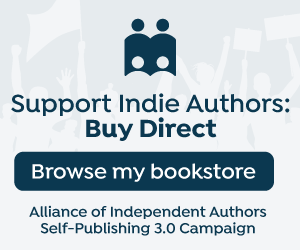